Showing posts from October, 2011
Show all

How to be the Best True You

By SV Entreprenuer - October 31, 2011
Be Beautiful - Beauty is not something surface deep.  Beauty is the inner spirit that gets reflected outward.  Ever notice those days where you may have changed nothing about yourself but somehow everyone is giving you compliments on what you are wearing, your hair, or smile?  These are the days when you emit happiness and people gravitate towards your positive spirit.

Be Happy- Happiness is not determined by what you have or don't have.  Happiness is a personal choice.  You can choose to be happy at any given moment.  It takes a simple shift of thinking.  Instead of thinking what you don't have, think of what you do.  Why should you smile today?  Because it is better than not smiling.  Lift your energy see the people you surround's energy also increase.  Under the right circumstances you'll see a multiplier effect.
Be Energy Conscious- There is only so much energy in the world.  As so, there is only so much energy in you. Exist in environments that fuel you so that you …
Post a Comment
Read more

In Memory of Steve Jobs, A Brief History, and Invaluable Life Lessons 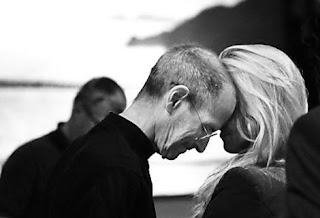 Yesterday, October 5th, Steve Jobs, one of the world's most influential force in design, technology and innovation.  He is sure to become immortalized and forever remembered as such.  He pioneered the world's first personal computer, feature length 3-d animated film, and combining emotion with computer interaction.  He was a believer that design and engineering needed to be blended together from the start, not a two step process.

A brief of history highlights


Imitation is the best form of flattery- During a 1979 visit to the Xerox Palo Alto Research Center, Jobs again spotted mass potential in a niche invention: a computer that allowed people to access files and control programs with the click of a mouse, not typed commands. He returned to Apple and ordered the team to copy what he had seen.

User Centered Design- It foreshadowed a propensity to take other people's concepts, improve on them and spin them into wildly successful products. Under Jobs, Apple didn't invent com…
Post a Comment
Read more

The Kinect - (Unknowingly to Microsoft) Designed to be Hacked

By SV Entreprenuer - October 05, 2011
Last November I became very excited when I saw what was possible with the xbox Kinect.  A Kinect is an Xbox accessory that has a bunch of sensors and cameras making 3D vision possible and affordable.  I made a post with some of my favorite links in this blog post.  Tonight I attended a meetup with presentations of current Kinect hacks, I find it to be an intriguing space as it gives users to be able to control an environment without needing to wear or hold any piece of equipment.
But let me share my favorite take away of tonight:
In order to develop the Microsoft Xbox Kinect, Microsoft hired the guy, Johnny Lee, who hacked the Wii.  Apparently Mr. Lee wanted Microsoft to have the platform open to outside developers but the company did not like that idea.  When the product was released a private organization, Adafruit, released a $3,000 bounty to hack the Kinect.  Within 24 hours it was hacked and the community started to thrive.  Microsoft threatened to sue those tampering with their pr…
Post a Comment
Read more
More posts